My cat is pulling out her own hair. I find it in clumps and see the results on her balding backside and tail. It’s stressing me out.

In fact, she and I are both stressed out, like two creatures who are running around, fleeing some perceived threat and then running into each other and screaming and running away. She goes under the kitchen table to pluck out tufts of fur. I go to the computer and google “cats pulling out fur” or scroll down facebook or play word games on my iPod until the tips of my fingers are sore.

Okay, so the list of what does rattle me starts with global news about the death of innocent children and ends with a piece of popcorn dropped on the kitchen floor. Somewhere in the middle of all that is traffic.

Traffic is both where stress is triggered and, when I am alone in the car, released. For example. I was going to get my blood pressure checked yesterday (you can see the irony) and the parking garage for the clinic was full, yet still there were about five cars, some of them big fat SUV’s, sharking the waters for a parking place. Some IDIOT WITH A BIG TRUCK had parked over the line of the space next to him (or her) so that no one could use it. I said a lot of things I would be arrested for if I shouted them in a kindergarten class and vowed to write a note to the driver that would explain why he (or she) should not procreate.

My blood pressure was higher than either I or my doctor was comfortable with, and when I explained about the truck, she said, “Well, just check your blood pressure when you’re calmer.”

Right. And when would that be? At home where my balding cat huddles under the kitchen table? Or when I wake up in the middle of the night bathed in sweat thinking that the new spot on my upper arm is in fact cancer?

I’ve read enough Jungian psychology and done enough Zen meditation to get that my cat and I are mirrors of each other. Being a cat, she’s not likely to puzzle this out and start meditating more or channel her fur plucking into some creative project, such as making a sculpture out of the dead birds she brings in.

I however, am human. And though some humans get tragically addicted to food, drugs, alcohol or  “Throne of Kings,” I want deeper contentment and peace that cannot come when one is desperate for the next fix.

In fact, desperation of any kind, whether quiet as it was in Thoreau’s time or incredibly noisy as it is now, is stressful by definition. Whatever we desperately want is what stresses us out; and if I desperately want no popcorn to ever fall on the floor or all big trucks to have huge bumper stickers on them saying, “My penis is tiny,” then I’m never going to find peace.

I am smarter than the cat, right? 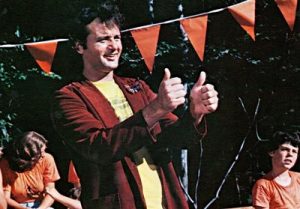