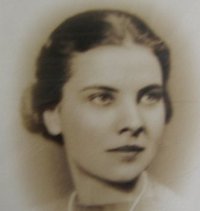 When I was a teenager in the 60’s, I was hot. Yes, indeed. I went braless, wore halter tops and mini-skirts; I had long red hair and what my mother called “bedroom eyes.”

My mother in her day was a classic beauty, though she was embarrassed that she had large breasts. I had neither the big breasts nor the stunning face of my mother. But men looked at me, and when my mother and I went out together, to the grocery store for example, she’d walk behind me and watch how men would turn and look as I passed. “When you get to be my age,” she said when she was five years younger than I am today, “you’re invisible.” She was amused, not bitter.

I used to pity women over forty who seemed pathetically doomed to invisibility, uncool, unsexy and basically worthless. Even as a feminist, somewhere deep in my very shallow soul – the waters barely sloshing around my ankles at the time — I believed that to be sexy as a woman was more valuable than say, winning the Nobel Prize. But to be sexy AND win the Nobel Prize – that would most definitely be cool.

Now 58 years old, I stand up in front of five classrooms full of men and women. In that sense people are forced to look at me. And I’ve got a partner, whose soul’s waters aren’t so shallow as mine were,  who loves my aging self. So, I can’t complain about being invisible. But I am not remotely hot in any public way, and I don’t see any chance of winning the Nobel Prize unless there’s some apocalyptic occurrence and the only person left to receive the prize besides me is George W. Bush.

My mother prepared me to slip into oblivion as a hot chick, but she didn’t prepare me for the gritty details of menopause. So, if there’s anyone out there who would rather pierce their eyelids with a paperclip than read about hot flashes and dried up sexual organs, you’d better stop reading now.

Okay – what my mother didn’t tell me is that taking hormones to ward off  the discomforts of menaopause increases your chances of getting breast cancer. Learned that one. I had to go cold turkey on prescription hormones, which changed the décor of my bedroom. I now have a remote controlled fan near the bed. When I wake up, sometimes three or four times a night, with an overwhelming urge to pee, drink water and kill someone; and with the sense that invisible monkey men are plastering my upper body with heating pads, I throw off the covers and click on the roaring fan. I, like many women, have found myself standing in front of the refrigerator at 2:37am trying to put my head into the freezer, or flung open the front door and stood out on the porch when it was 2 degrees thinking, “Ahhh, now that’s refreshing.”

Many women have it worse than I do. My hot flashes are waning. During the day I hardly notice them. But when one does come on, it is often attended by a spike in irritation with anything – any damned thing; the cat, the computer, the sound of birds chirping, the fucking tea cup with the fucking green tea bag in it. For a few seconds I’m in the mood to rip up whatever student paper I’m grading or tell the cat that she is NOT particularly cute or worthy of being given her foodie-wooedies. Unlike the men who collect automatic weapons and regularly fantasize about shooting innocent people, menopausal women generally understand that if they wait a minute or so, they will return to an acceptance of the tedious and unjust world we inhabit.

Now as to sex. I’m going to, for the sake of my loved ones, generalize here. Many women who have been through menopause have this choice: watch their partners troll for women thirty years younger, watch them find that cute waitress who appreciates a man with a big mole growing on his face and a bank account,  and then proceed to be bitter crones; or pony up, so to speak, and grab the KY jelly. Pain occurs. Imagine, if you are a man or if you are still young and juicy, that someone wants to put a regular sized dinner table candle made of sandpaper up one of your nostrils and move it around for several minutes. Some adjustments need to be made, to the nostril, the candle and the length of time involved creating friction.

I’m glad that I’m a woman for a lot of reasons. For one thing, a lot of old men continue to have the same sex drive they had when they were twenty, but they are paunched out and balding with yellow teeth, small sagging breasts and hearing aids. That must be kinda frustrating. Women’s libido dwindles at about the same time they start preferring comfortable shoes. The horror occurs when such women still want the attention a sexy woman gets; they get cosmetic surgery or buy clothes at Urban Outfitters, showing cleavage that looks like its made out of crepe paper. There is no dignity to this.

Dignity has a sense of humor. Dignity finds it interesting that if you slouch just enough you can look like an aged chimpanzee with sagging breasts. Dignity goes to the gym to be healthy not to look  twenty years younger. Dignity continues to get naked and be intimate, with creative adjustments. Dignity revels in a good meal, good friends, good art, and the discipline not to be bitter about the most natural thing in the world – getting old. Dignity has added depth to the soul and swims in naked solitude in a large and shadowed lake rather than standing in a “My LIttle Pony” kiddie pool with a thong on.

I think it would be darn fun to walk around with my mother now, both of us invisible. We’d have a good conversation about literature, go to a movie in the afternoon and eat popcorn and Jordan Almonds, note the ridges on our fingernails, and nobody would bother us. Someone would be waiting for us to come home, but nobody would bother us. 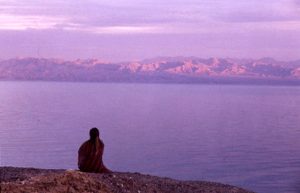