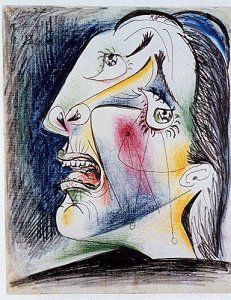 Last night my band “The Deadbeets” had practice — coming off of a huge and dizzying world premier concert in front of 500 screaming and applauding fans – okay, they were elementary school kids. Our first gig – at the Lobo Theater six blocks away from my house, where Monte Vista Elementary School students march in for assembly. And there we were – the Deadbeets, old enough to be their grandparents. They were a generous audience.

Like something out of “Spinal Tap” we were rock stars for a day.  And last night, as my partner walked up the driveway, one of the neighborhood kids who was at the concert noted the six pack of beer he was carrying and said, with awe and adoration, “You guys are having a practice tonight, aren’t you?”

Since the slow and tender beginnings of this band of aging baby boomers, at my 57th birthday party when I asked that all the musicians I knew come and jam, our making music together has been a miraculous bit of fun and comradery. I have felt like I’m living in an old fantasy, at the same time that Stevie Nicks is returning to the stage at 62. Then at last night’s practice my rickety sense of well-being imploded.

I’d had those nasty band moments before – feeling slighted when my singing parts got whittled down. At the time, I admitted to my band mates that I felt like saying. “You fucking sing the whole fucking song, then”  — to a dear, longtime friend who has actually had a professional musician’s experience and was gently suggesting that she sing more of the song than I was singing. This cliche moment in the world of rock and roll was not in proportion to my star quality.

I sort of got over that. But it was on the books, to my chagrin.  And we went on to do the elementary school concert with that particular song put aside.

So we were all high on the fact that we actually didn’t suck on our first gig and practices were set for the next gig – the graduation party of one of the band mates.

Everyone was tired but  happy and ready for hard work and snacks.

But last night the crash came for me in two steps:

First, I saw the video and pictures of the concert. I am the fattest and most in need of a face lift chick on the stage. Okay, I’ve had years of experience being disgusted with pictures of myself, horrified that I could walk around in public with the drooping face and fat ass I inhabit. But zooming in on my image in those pictures was not an uplifting experience.

My response to that was to be a little fragile in the core. I ate none of the snacks that had been part of the joy of band practice – no pretzels, no popcorn, no chips. Water for me. Shallow water.

Second, the much thinner than I accordionist announced that her son had given her a keyboard very much like mine and the band erupted in elation over the prospect of her playing it. The already fragile core in me felt twisted, like someone was trying to wring the juice out of it. I’m the keyboardist, who already is clearly not a very good singer or much to look at, and now there’s a rallying cry for another keyboardist to play.

And I wonder what the dulcimer player would feel like if I said, “Hey, I just bought a great dulcimer and want to play it.” She’s another thin and hot looking woman, and of course a better person than I am, so she’d probably be okay with it. She’d probably be enthusiastic about sharing the dulcimer experience with me.

I’m a bad person in two distinct ways around this particular fall into a depressive abyss: I obviously am not a good enough keyboardist to stand on my own AND I’m so insecure and self-centered that I don’t want to share one note of my territory with someone else.

Someone get a gun and shoot me.

Here are my choices: get a gun and shoot myself; slink off and pout; smile and proceed as though it’s all good (when that’s not remotely how I really feel); quit the band because I obviously can’t handle normal human interaction around creative cooperation; or be such a fucking great goddam keyboardist that no beloved bitch will be able to touch me, AND lose 30 pounds and get a facelift before our gig in the nursing home.

Oh, I’m tired just thinking about it. The whole experience is a mirror held up to my least wise self.

I want the fun back. I want the feeling that we’re in it together and generous and respectful of each other’s efforts and shortcomings and passions. I want all the competitive insecurity in my head to transform into boddhisatva peace and love.

The only refuge for me is my other practice – my Buddhist practice. The only refuge from all this internal bullshit is to sit on the cushion and breathe, not to cure myself but to try to wake up more deeply to the obvious pain of relying on the ego for happiness and peace, to the need to accept it all.

You cannot have a frail ego and play in a band and keep it fun. Go ask Alice.

I’m grateful for the wonderful, awesome fun we had, but I’m no longer an innocent. I am an overweight 59 year old woman whose talents and attitude aren’t strong enough to keep the fun going for me or any of my awesome band mates.

We all hit the wrong notes and we all die; perfectionism and delusions that anything is permanent make everybody suffer. I need to really get that.