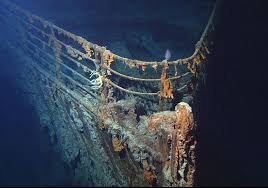 The big theme of my writing, my teaching, my studies, my relationships and my meditation practice is suffering.

I’ve combed through history to find women who’ve been strong despite intense mental and physical traumas. I’ve researched and imagined how they did it. How did they survive? I want to learn from them.

When I say “survive,” I’m talking about what Victor Frankl in his book Man’s Search for Meaning meant by that term. To him survival wasn’t necessarily physically living through Auschwitz, but living or even dying with a love of life intact.

Virtually every religion or spiritual path is a response to suffering, specifically certain death. Human consciousness is a formidable and beautiful thing but includes an understanding that everybody dies. That’s a painful realization. Religions try to come to the rescue with notions of an afterlife or at least some sense of reward and punishment that explains suffering.

Buddhism, which is my philosophy of choice, just jumps right in with the Four Noble Truths, starting with the harsh reality that to live is to suffer. From there, Buddhists have produced endless sutras and dharma talks about what the hell to do about inevitable old age, sickness and death.

Putting aside dogma, I’ve just wanted to learn from the example of others, such as Suzette, the woman I wrote about who survived the Titanic disaster after watching her father get sucked with others into the cold, dark water of the North Atlantic. And then she went to medical school and volunteered to serve on the French Front during WWI. She could have given teas and relied on her victimhood to excuse herself early from elaborate dinner parties. But she didn’t.

What does it take to be that strong?

Here’s my theory so far:

First, it helps a lot to have been loved as a child, given the message that you were worthy of love and capable of being strong. This has to start in infancy. I don’t think there’s much doubt about that.

Second, it helps to be educated. To know about the world, to read about or experience the lives of others, is to realize the choices we have, even if we lived in a family lacking in affection.

Third is the advice that Socrates gave: know thyself.

To me this means to look honestly at how I create suffering for myself and others. This is one of the things meditation is about. As Zen Master Dogen said, and I paraphrase, “To study the self is to forget the self.” Without the usual distractions, I can see how much bullshit my mind comes up with and then try to develop the discipline to let it go.

To the extent that I did not experience unconditional love as a child, I have worn myself and others out by trying to fill a bucket with a crack in it.

To the extent that I grew up in a house full of books and attended a very fine and stimulating school, I’ve been able to make choices and access resources that have lead me through some rough times.

To the extent that I’ve taken time to shut down distractions, I’ve been able to quiet my self-centered desperation at least a little and let go of “poor me” stories.

Suzette taught me that strength requires gumption, one of her outrageously buoyant mother’s favorite words. Gumption is basically love of life. These two women had a good time, but only in the context of fighting for everyone’s chance to have a good time: setting up healthcare for poor people and orphans, administering to dying soldiers, fighting for women’s suffrage, and educating others about the realities of suffering that required charity.

In their story there were people who succumbed to mental suffering, including Suzette’s husband George whose PTSD overwhelmed him. In studying the strengths of the women, I also wanted to look at what took down George. Basically, it was failure to acknowledge and heal his demons. He knew of Suzette’s father’s stoic heroism on the deck of the Titanic. He knew Suzette wanted the same from him, and he couldn’t produce it. He believed that keeping silent was the most heroism he could muster; it was a fatal mistake. And Suzette, for all her strength, enabled his self-loathing by insisting that he could do what she did, and just put trauma out of his mind and focus on doing good work.

So Suzette had a fatal flaw: not enough compassion, not enough understanding that others weren’t able to be strong as she was. For one thing, I don’t think George had the loving foundation that she got.

This is a lot to put together. But I believe that’s what human existence at it’s best is all about – putting together strength and compassion. To survive is to be both strong and compassionate.

Victor Frankl gave as an example of a successful human being a man he observed who was standing in line to be killed in a gas chamber at Auschwitz; as a woman in the same line crumbled in terror and despair, he stepped up to hold her hands and pray with her, even though they were of different faiths. He did not fall apart, nor did he judge her.

This is worth thinking about.