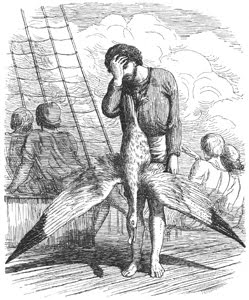 A few days ago I took off all the memorabilia I’ve worn on my body for almost twenty years, all but the tattoo on my calf, which I can’t easily remove. It’s the Bic guy with swirls of Maori spirits coming out of his pen. It could easily be interpreted as a writer’s statement about her craft.

But really, a few weeks before my son died in 2000, he was standing tall and lanky in the kitchen and said, “If I ever get a tattoo, it’ll be of the Bic guy,” no doubt because he used a Bic lighter routinely to light joints and cigarettes.  When he was dead, I got the tattoo for him. And ten years later, on Mother’s Day, my Maori friends were visiting and spontaneously finished the design. We were all in my living room, and the artist worked on my leg as the others sang; the swirls she put coming out of the pen depicted a male spirit floating free.

I’ve sometimes considered that putting a commercial logo on my body goes against all my aesthetic and anti- capitalist sensibilities. But when I recently took off the other stuff – the ring, the necklace and the earrings – I was glad that there was something left that would always be there and that Aaron himself had chosen, and that it was on the back of my leg where I didn’t have to look at it if I didn’t want to.

The necklace I took off was the last in a series of lockets on a chain – the first one with a small photo of Aaron that a student had put in a locket for me. The latest one holds pieces of Aaron’s hair that an emergency room nurse who thought I might want them carefully cut off and put in an envelope.

In a moment of bravado, I decided that twenty years was enough time to wear my grief. I’d just published a book that took fifteen years of research and rumination to materialize; it weaves the story of Aaron’s death with the story of a woman who died in 1921. I wrote about how I finally let go of his ashes and buried them in the mountains at a Zen center where I practiced. It seemed like the rest of the plot should include me taking off the jewelry, and I did …

I did leave the earrings off. They are tiny silver tear drops with the Chinese word meaning “courage” on them that I truly don’t need to wear anymore, at least not all the time.

The ring is a silver Zuni ring that I found in a bunch of manure delivered to my yard a week or so after Aaron’s death. When I saw something shiny in all the shit, I wondered if it was a ring, but then scolded myself for such woo-woo folly: of course, it was a metal washer which represented the tawdry lack of wonder in a universe of tragedies. Only, it was a ring, with designs depicting a storm over a mountain, something I could connect to an experience Aaron and I had together. The load of manure came from a Zen acquaintance of mine who hauled it from her mule barn to my garden. It turned out that a thief had dropped it out of a ripped bag of loot as he ran through the barnyard. When I showed it to the owner and asked if she wanted it back, she said, “No – it clearly belongs to you.”

After seventeen years, when the Zen center in Albuquerque we attended was long gone, I saw this woman again in the living room of a Zen refuge in the mountains near Truchas, New Mexico. She showed up randomly on that day to see the roshi who had told me a friend was visiting, someone whose dharma name I didn’t recognize. When I saw her, I gasped and showed her my hand with the ring on it: “Do you recognize this?” I asked, and of course she did. “I just buried my son’s ashes here,” I told her, “ – today, just now.”

Okay, all very interesting, but recently I wanted to show myself that I could let stuff go, be unattached, move on. How long does one wallow in these stories? Too long.  How long does one wear the big dead albatross? I felt like the guy standing outside the gates of a wedding feast, repeating, to anyone who would listen, the woeful tale of tragedy: “The Rime of the Ancient Mother.”

It turns out, I think, that the albatross wasn’t what was around my neck, but what I was carrying inside me.

So I’m regifting the ring and the necklace to myself. They are pretty things, way prettier than the Bic guy, much lighter than a dead bird. It’s not trinkets, but delusional desires that I need to let go of, such as the desire to cast grief out of my life; or to behave the way a main character in a good book of fiction would behave, or in a way other people would approve of; or to somehow replace what I could have had if Aaron were still alive. I’ve had some stinging disappointments around that particular desire.

As an aunt, friend, neighbor and teacher, I have a wealth of solace and purpose. There are the students who piss me off and whom I still love – kind of like it was with my son sometimes.  I keep learning how to give them what they need, grateful that I’m needed – so grateful to be needed, as old people generally are.

My students aren’t compelled to ask me about the ring and the necklace, but one sometimes comments on the tattoo, asking if I put the Bic guy in my skin with those designs coming out of his pen because I’m a writer. This could be my answer:

“O Wedding-Guest! this soul hath been
Alone on a wide wide sea:
So lonely ’twas, that God himself
Scarce seemèd there to be.

O sweeter than the marriage-feast,
‘Tis sweeter far to me,
To walk together to the kirk
With a goodly company!—”