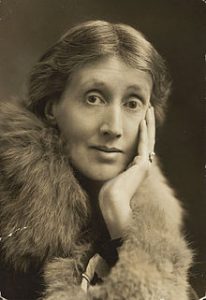 I was raised by a genteel woman who rarely, if ever, expressed her anger. She had integrity and grace, but she was exactly what Virginia Woolf called “the angel in the house,” the woman in our heads who prompts us to always be nice. Woolf claims, in her address “Professions for Women,” that this angel in her psyche had to be killed off before she could write with honesty and strength.

One thing that the angel in the house never does is express anger. That’s what my mother called “ugly” behavior. “Don’t be ugly,” she’d say to me, going along with the aphorism, “When you can’t say something nice, don’t say anything at all.”

When I’m driving in my car alone and another driver pisses me off, I am not nice. I am shocked by what comes out of my mouth. For the smallest infraction, a complete stranger gets a shrieking attack of rage that he or she most likely will never know happened.

I don’t need to pay a professional to understand that this rage is not about the guy who went too slowly through a yellow light.

When I was thirteen, the subtle sexually inappropriate behavior of my father became blatant. But like so many sexually abused children, I said nothing. Instead, I became an angry young woman, focusing on the injustices of racism and the Vietnam War. With a vengeance, I started drinking and drugging and having sex on my terms. I didn’t dare express my true rage.

Once, when I was seventeen, I completely lost it while talking in the kitchen with my mother and sister. I screamed at them and pulled the tablecloth off the kitchen table, breaking things, including this cute green ceramic frog with white spots.  My rage was shocking to all of us. At the time, my mother, adored by everyone, was ill. The most important thing in my household was to protect her, even when she had not protected us from our own father.

When she called the hip Episcopal preacher to come talk to me, I did not mention to him my father’s ugly betrayal of his daughters. I was sure that if I hurt my mother with that disclosure, she would die and I would be to blame.

But my anger was palpable – rebellious, mean sometimes as I lashed out at her about everything but what was really going on: sullen teenager times ten. Just like the teens I’ve worked with at a treatment center for “troubled youth” in Albuquerque, my anger and I were seen as the contemptible problem, not the parents who were doing outrageously dangerous things with their kids.

As a grown woman,who had managed to suppress the anger, I once mentioned to my mother that my father had done something terrible to me and my sister. It was a winter day in an empty park and we were watching my four year old son playing on the roundabout. Her response was, “I know what he did and it’s not that bad.”

I can only hope that she didn’t know.

I was a coward. Even when I confronted my father about what he’d done, when I was twenty-six, I promised him I wouldn’t tell mom. But if I was always protecting her, who was protecting me?

No one. Not a fucking soul.

After seeking a protector in several failed marriages, numbing myself with all kinds of self-destructive behavior and misusing Buddhism as a path to obliterate my feelings, I made a decision to try to spend my elder years being clear about who I am and what I feel.

Clarity is not always fun. It’s raw. I am keenly aware of my anxiety now – my body’s reactions, the triggers. I am keenly aware of the tinnitus I’ve had for decades (which was in part the result of going to a rock concert by that right wing asshole Ted Nugent) but which now is at the forefront of my consciousness with a variety of sounds that sometimes seem overwhelmingly unendurable. And those sounds enrage me. They seem like a clear indication of the cruelty of the world, of how if your own parents can betray you, so can your own body.

Aging (with the hearing loss that increases the tinnitus) definitely teaches you that your own body doesn’t always do what you want it to do. It’s not something you can get over, or move on from, except when you die.

Complaining and wallowing in the fear and rage feed the misery and are just lame attempts at getting someone else to take care of one’s emotional angst. That’s not going to happen, shouldn’t happen.Stifling one’s rage causes a lot of suffering and venting anger and dumping it on others feeds self-loathing and isolation.

So, we have to face some brutal truths by ourselves and hone helpful tools, such as humor and creativity.

The past can’t be changed; some diseases can’t be cured. That may not be a nice thing to say, but it’s real. I’d rather start from “real” then get all enmeshed in “nice.” “Kind” is worthwhile; “nice” is often condescending bullshit, disingenuous.

Life is hard; the human condition is hard, for everyone, including my mother and father. Stephen Hawking seems to deal pretty well with something far more severe than tinnitus.  We don’t have to take the inevitable hardship of being alive personally. But it’s better for everyone if we don’t pretend that bad things aren’t happening. Without pretense, we can be better prepared to summon up whatever kindness we can give to each other.

The most important kindness is not to step all over or disdain someone else’s truth.

Here are some relevant lines form “Dover Beach” a poem by Matthew Arnold. They sound pretty damned bleak, but, like all good literature, make me feel less alone:

“Ah, love, let us be true
To one another! for the world, which seems
To lie before us like a land of dreams,
So various, so beautiful, so new,
Hath really neither joy, nor love, nor light,
Nor certitude, nor peace, nor help for pain;
And we are here as on a darkling plain
Swept with confused alarms of struggle and flight,
Where ignorant armies clash by night.”

The operative words here are, “Let us be true to one another,” not “nice” – “true.” What if my mother had lived by those words? What if I live by those words? 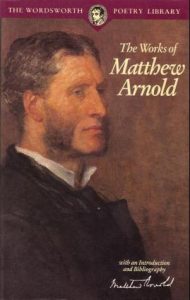