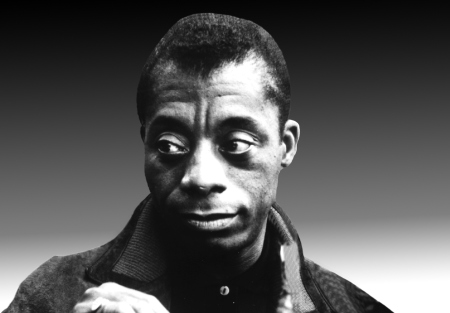 There’s a lot to hate about the human condition. Ask someone who went through the holocaust; ask someone in a country that has been colonized and exploited; ask an African American who lived during the first half of the 20th century in America.  Ask a man who was put in jail for 27 years because he fought to end the racist system of South Africa’s apartheid.

Most of us in those situations would surely wallow in our victimhood, or plot revenge, or wither in bitterness or get drunk. It seems that one would be a fool to accept or forgive a world where children and people with integrity are systematically tortured and killed. What kind of idiot, a weak and worthless idiot, would respond to such a world with acceptance and forgiveness?

As we’ve recently been hearing a lot about, Mandela was remarkable in his lack of bitterness and in his call for amnesty for the white South Africans who did inhumane  things to his people, cruel and despicable things. In those 27 years of incarceration, Mandela came to a spiritual and practical realization that forgiveness was the only hope for a better life and a better world. He accepted his own imperfections along with the grandiose imperfections of the system he lived in. Then he went into action to effectively fight injustice and become the leader of the country that incarcerated him. It’s hard to be cynical in the face of this story.

Many people, some famous and awesome, have had the same epiphany that Mandela had in the midst of great injustice and hopelessness: one has to accept what is, then, with love for a cause or just for life itself, keep going.

The loudest voices today urge us to buy into extremes, to choose sides and fight hard against our enemies, self-righteously pointing to the crimes they have committed. We are terrified of capitulating to evil, and we are easily manipulated into being word warriors “against” instead of “for.” Many of us, who aren’t even victims of horrible injustice and cruelty, live in a mix of terror and anger.

That’s where African American writer James Baldwin was when he threw a pitcher of water at a waitress who told him “We don’t serve negroes here.” In that act he saw himself turning into his father, a shriveled up, bitter man who sat looking out of his window at a world he hated for what it had done with impunity to his people. Baldwin’s epiphany was that in order not to end up in debilitating and tormenting resentment he had to do two seemingly opposing things: accept the world as it was and fight with skillful passion against injustices. In Baldwin’s case he wrote powerful stories about the reality of racism, including Notes of a Native Son. .

The famous existentialist writer Albert Camus, a Frenchman born in Algeria, was horrified by the treatment of the indigenous Algerians by the colonizing French. He also risked his life fighting against the German occupation of France in the Resistance. In his books such as The Plague and The Stranger, Camus expressed a firm rejection of the use of violence and cold brutality, no matter what the goal. After WW II, he was maligned by the Left for not supporting Stalin, whose murderous rule was considered a necessary method for securing the great utopia of communism.

Camus believed that the end never justified cruel means. He believed that capital punishment, no matter how horrific the condemned man’s act was, was never the recourse of a humane society. He even pointed out the atrocities committed by the Algerians, who had depended on his unquestioning support. As a result, they, considered him a traitor, and so Camus in his later years decided that the only response he could give was silence. But his message remained in his books. He ended The Plague with a statement about the inevitable reality of “rats” and at the same time the basic duty of humans to see the beauty in life and fight against injustice with eyes wide open.

Victor Frankl wrote Man’s Search for Meaning after being an inmate in Auschwitz. He noted that acts of nobility occurred not just among the inmates, but also among the guards, a few of whom were kind and courageous in their resistance to the jobs they were given.  Frankl’s realization was that love was the deepest expression of human potential and could cut through ideologies and prejudices and regulations. Frankl basically discovered, to paraphrase Pete Townsend of The Who, that the obstacle to happiness isn’t the suppression of anger, but the suppression of love. Fierce anger cannot soothe our terrors as well as unconditional love can.

It’s difficult for people who can legitimately point to the evil committed by others to accept and forgive. It seems too much like losing, giving up, letting the bad guys win.

If the only goal is to win, then the fight will continue on an on, relentlessly, leaving us bitter or exhausted, sometimes even wanting to die.

If the goal is to alleviate suffering, then it requires seeing clearly how things are, from all sides. If we are clear, free of expectations and ideological ideals, we will be better able to act swiftly and effectively when presented with a crisis. Sometimes the only thing left to us is to learn to live with the reality that shit happens and to decide not to be that shit ourselves.

I am so glad I have read and listened to people like Frankl and Camus and Baldwin and Mandela. Such ideas and work are my refuge in the dark soul of the night when I feel sorry for myself and hateful anger for a world that seems so stupidly cruel. The self-pity and rage add to my suffering. Numbing drugs or distractions delay the suffering, even increasing it. These men’s ideas seem the most radical and effective solace: accept what is and then do what needs to be done that will not further the madness.

This is what education is all about. Reading and studying about these men did not get me a job; they got me through many dark times and supported my own crazy notion that I could let go of resentment and fear. That in the most horrific times, there is the possibility for imperfect human beings to manifest dignity and integrity and therefore be in some way free. 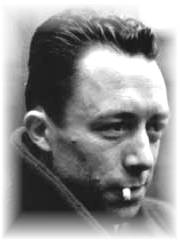