Skip to navigation Skip to content
15
- September
2014
Posted By : kate66
No Comments
GETTING UNSTUCK 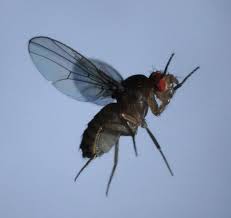 I am so grateful to be prescription drug free – off of central nervous system chemical tampering, recommended by doctors, which put me at risk for mental breakdown, suicide and seizures – that I am going to write about what I learned and am continuing to learn.

First, I will very likely continue to have residual episodes of wall-clawing anxiety along with the attendant “certainty” that I cannot cope with the thoughts and emotions crawling through my body. But each time they happen, I’m a little more certain that they will go away and that my ability to cope is in fact improving.

Second, this society, this capitalistic, techno-addicted society, is the biggest challenge to my mental health. Good citizens become addicted to poison, seeking help from things that end up torturing and killing them. We so want to be loved but settle for being “liked” on Facebook that lures us in like sweet fly paper; we become addicted to television shows that promote consumerism and bleak cynicism – such as “Breaking Bad” – whose best moral lesson is that life sucks; we become addicted to little screens that display messages to us as a substitute for real human contact and as a pitiful solace for our loneliness.

Third, if you are a creative artist and you want mainstream success, check out the above paragraph for what you’re dealing with. Many artists who drooled over fame and fortune via the western capitalist market place ended up running for the hills, as J.D. Salinger did, or dying in their bathrooms of a drug overdose, as Elvis did. Does this look like happiness? Seductive as the attention and riches of mainstream success are, they do not fill the need to be loved, and like benzos, they end up atrophying your ability to deal and get what you really need.

Very few people question the very basics of our society – an emphasis on power, money and distractions, all very firmly controlled by competitive men for the most part, despite the occasional woman whose learned how to play like a man. Very few people question the assumption that mainstream medicine works, despite the blatant fact, for example, that pharmaceutical companies distribute addictive poison. The macabre concern with how to pay for this lying mess that we call a healthcare system is supporting something that not only doesn’t work, but is harmful to our health.

My father was a doctor, a fear-ridden, sexually abusive alcoholic. My mother gave her power over to this man, who could shuck and jive at the Country Club or in the operating room where he mostly performed hysterectomies. (Life is full of blatant symbolism, isn’t it?) She was gracious and beautiful and spineless, so focused on pleasing her chronically displeased husband that she neglected her children’s emotional well being, in the name of not coddling them. In this household there were no clear acts or words of affection, no sweetness and support. My father and siblings, as their way of coping with suffering, made sure that I understood how cruel and cold the world is, by their words and deeds. Their religion was cynicism, spiced with a little Episcopal Church involvement. My mother, who put aside her own life as an artist, made sure we had a nice dinner and that my father got laid, although apparently that didn’t stop him from molesting his own daughters and otherwise betraying her. I knew full well that my survival, even as a three year old, was up to me, that no one had my back, or if they did there was very likely a dagger in their fist. The fact that I was a cute little girl with curly red hair didn’t so much endear me to my family as inspire them to want to kill me or at least my spirit, and I understand they were in the same survival mode, in the same sad desperation to be safe and loved.

Thank reality for the beautiful environs of my childhood – the lawns and trees and hiding places beside rivers and streams, and for the amazing education I got in a household full of books. Thank reality for family members who make an effort to face themselves and life, for friends, for music, for literature, for Buddhist wisdom that I absorbed before the marketing of Zen in pricey retreat centers. Thank reality that I learned affection and joy from artists and radicals, the buried identities that my mother herself couldn’t help but secrete from time to time.

I’m waking up from a muffled nightmare of benzo dependency into a stark realization that I don’t have to be a part of the nightmare, or succumb to the cynical strangulation of dreams.

There is music and art and literature that do not exist solely to garner fame and fortune for some corporation or doomed individual. There are ad hoc marching bands, wall art, literary events where nothing is marketed, spontaneous songs being sung. But to hear these voices I have to be brave enough to stop numbing myself; have faith that reality is much, much larger than the screen-watching desperation of a bunch of tiny specks in the infinite and awesome possibilities of time and space; and stop listening to anyone else who thinks he (or she) knows more than I do, especially those who like to see themselves as authorities. I am a bullshit-hating, life-loving, grieving momma. No one knows more than I do about my particular version of this life. No one. No one has my intuition about what feels healthy. No one.

There are moments, which drug dependency prevented and that meditation opens up, when I am this no one. And this no one is free from my conditioning, free from sales pitches and opinions, free to be a drama queen tornado or a mote of dust, or whatever is needed at this very moment. Until I am fully blissed out in the land of no self or others, I don’t want to be a burden to myself or others. The work continues.