Skip to navigation Skip to content
14
- July
2012
Posted By : kate66
Comments : 4
THE KINDNESS OF STRANGERS 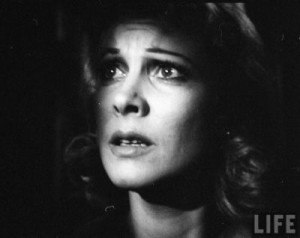 Remember Blanche Dubois in the play “Streetcar Named Desire”? Okay – maybe you don’t. Anyway, she says at some point, in her southern drawl, “I must rely on the kindness of strangers” – as though it was the most pitiful thing one could do.

Poor woman, she didn’t have a man to rely on. So sad.

Well, recently, I was traveling on my own to the East Coast. I didn’t have my man with me, and I was not feeling very strong or functional.

The first stop was Boston, where I got to hang out with two friends I have known for about 45 years. These are among the dearest people in my life, and we know each other very well. In fact, they have heard my angst – pretty much the same angst but with different details – for a long, long time, over and over again.

At some point, even I can hear myself telling the same story, tediously, like I’m a bad Beckett play where the second act is just like the first act, with the same scrawny tree on the stage, the same futile desire to change things without really changing things.

I had some great distractions from my tired script, thanks to my research in the Massachusetts Historical Archives on some awesome women who worked in a nursing corps during World War I; and thanks to my dear friend Catharine taking me for a swim in Walden Pond, among other things, and her super fine brother Vernon giving me a cello lesson. All great.

But then I would go glum, scared of my life as a sixty year old woman who felt frail and alone and like a burden.

I almost could not make a scheduled departure from my friend’s cozy home nestled in a leafy cul-de-sac. She practically had to hold my hand as I got on the train at the South Boston station.

More excellent distractions ensued, including a walk along some river in Connecticut with my nephew, his wife and two little boys, and a joyful golden retriever who leapt into the water, paddling fiercely to get that stick, yeah – get that stick, no matter what, get that stick. Ahh, to be so focused and sure.

Because once I was back in my beautiful guest room, the bed full of big pillows and sunlight, I was telling myself those stupid stories again, the same ones that I did not want to yammer on and on about to the people I loved. I gripped my cell phone, but did not open it.

Various relationships back home seemed to be disintegrating. My partner and I had had one of the worst blow-outs I can remember in a long list of blow-outs. My band was splitting up in a bitter confrontation that I felt responsible for. People I cared about were in depressive seclusion. All, all of it because  — I AM A BAD PERSON.

That’s the basic theme of all the stories that may initially go on and on about how cruel or stupid someone else is,  but inevitably teeter hysterically on the notion that KATE IS A BAD PERSON, SELF-CENTERED, WEAK, FUCKED UP. (It’s all about me, me, me — see how awful I am????!!?!!?)

I managed to get myself from Greenwich to Grand Central Station in New York City – a train station that starts off as a metaphor for a dark maze of filthy, noxious vapors because you get off the train in a dark maze of filthy, noxious vapors. And then up into the street, full of strangers. Nothing but strangers for as far as the eye can see – walking, sitting against buildings, trotting across streets, running up and down subway stairs, hundreds and thousands – even millions of strangers. Including the Senegalese cab driver who said, “Sure I can take you to Brooklyn.”

Now, the cab driver whose wisdom changes your life has become a cliché. This isn’t quite like that. It’s more about forgetting my shit because here’s somebody who has some shit, too, only he’s happy. And he tells good stories – not about how mean his wife is or about how much he struggles in life and is getting nowhere. No – his stories are about not taking the night shift because he wants to be home with his wife and kids. He even has a story about some good New York City cops – amazing and miraculous all by itself – cops  who helped him out when some drunk lady he took to Brooklyn said she didn’t have any money and couldn’t pay him. The cops found $250.00 on her and gave the cabbie $100.00 – a lot more than the fare, for having to put up with her shit and then sit around dealing with it while he could have been picking up more customers. When they asked him if he wanted to press charges, he said, “Let her go. I don’t want to go through the hassle of filling out reports and all that.”

“Poor lady,” he said. “She was just drunk. She didn’t need any more trouble.” Kind of like Blanche Dubois, I’m thinking.

He also told me about some old guy from Jersey years ago who told him he was in New York for the same reason he always came to New York – to see the Yankees. When the fresh from Senegal cab driver asked him “Who are these Yankees,” the old guy told him to pull the fucking cab over, threw what he owed through the driver’s side window and said, “I ain’t driving with no fucking cabbie who don’t know who the Yankees are.”

Speaking sometimes in French, which I love to do, we declared our faith in Obama and how fine it was that the Supreme Court upheld his health care plan. We discussed the NBA finals and how it was too bad the Celtics didn’t pull through.

By the time he put my luggage in front of the flat I was staying in, the world seemed a lot bigger and a lot more interesting than my repeated tales of, “And then he said ….and I don’t think I can handle…..”

This stranger had safely taken me from the dark maze of filthy, noxious vapors to the funky refuge flat in Park Slope that I stay in whenever I come to Brooklyn.

Right there on the sidewalk, in a city full of strangers, I hugged the Senegalese cab driver I’d only known for about twenty minutes. Another crazy fare. But he patted my back and laughed softly.

He was just doing his job efficiently while sharing stories about the somehow endearing madness of life, with its drunk ladies and pissed off Yankee fans from Jersey, with its Justice Roberts surprise votes for the right side, with devotion to wife and children, all this while letting me believe I could actually speak French. He didn’t know about how bad I was or about the band and the traumatic fight with the boyfriend. And I had no compulsion whatsoever to tell him.

All this was a simple, subtle but immense act of kindness, in no way pitiful. 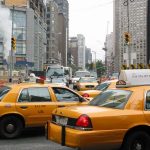