Skip to navigation Skip to content
29
- January
2010
Posted By : kate66
Comments : 6
LOVING WALDO AND HIS TURDS 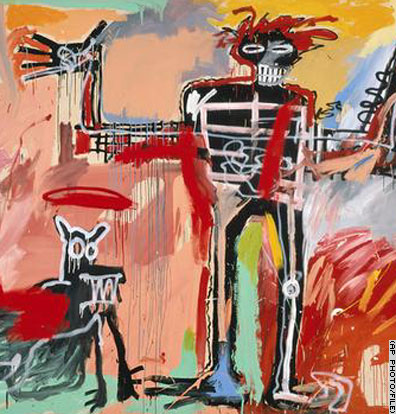 I don’t think we need criminal behavior or sex scandals to ruin people’s reputation. All we have to do is tape them in their homes alone with their pets.

Waldo has had over sixteen years of this kind of babble, which includes songs such as “He’s a Doggie Doodle Dandy…” and “Waldo’s got a doggie door, don’t have to wait for me no more, uh-huh.” This last one inspired the idea of writing an entire musical about dogs, aptly named “Dogs,” to complement the outrageously successful but clearly feline-centric “Cats.”

The “do-do” outside thing has a point to it. Really. Waldo, like many dogs his age, has bad arthritis. His back end has become a stranger to him. He has a hard time getting up and down and walks like he has a loaded diaper on. That’s the problem. He doesn’t have diapers, because cleaning up what they would mash around on his hairy butt would be worse than picking up the fairly solid and contained turds that he leaves around most mornings. He has no idea of this indiscretion, and I try to protect him from realizing just how far from his own hygiene standards he’s sunk. Why put shame on top of blindness, deafness and arthritis? So, when by chance he happens to stumble outside before the turds come out, I celebrate with him. (Because of the deafness, I have to chant the “do-do” and other phrases fairly loudly and close to his ear.)

Waldo still loves to eat; maybe he lives to eat. Hence the continued production of feces.He is motivated to struggle up by the scent of the hot dog pieces I put his pills in every morning. Sometimes I have to lift him up because he’s gotten away from the runners that are strategically placed all over my house to give him traction. When he slides down, he gets splayed out. He’ll give a couple of cockroach-on-its-back tries at getting up but soon realizes it’s futile and puts his snout on the floor and stares at whatever his eyes can still see. That’s when I lift his 52 pounds up and place him on the nearest rug, which is both troubling and fun to him, kind of like a kid being danced around by a drunk father – there’s something both scary and thrilling about the attention. If this happens in the morning, there will inevitably be a turd left behind, I suppose due to the pressure put on him when I lift him and the excitement of it all.

A lot of people don’t like to deal with shit, no matter how neatly and compactly it is delivered.  Such people should never have babies, pets or beloved old or sick people to care for. Shit doesn’t bother me. Throw up has no redeeming qualities, and piss, especially cat piss, deposits a rank and saturating stench that discourages one from entertaining guests from cleaner homes. But few could guess how much dog crap I’ve plucked from the floor. (Well, I guess those who read this will now know.)

A few months ago I was teaching my morning English class and smelled dog shit; for some reason, the stink increases when it gets on the bottom of your shoe, and then it’s definitely rank and distracts from discussions of, say, an essay by James Baldwin. I laughed and told my students that the smell in fact came from the bottom of my shoe, which I removed and placed gingerly in a distant corner. Then I taught the rest of the class before hobbling to the bathroom to clean off the ground-in crap in the treads of my shoe – always a challenge.

When I was a kid, getting into a car with other kids to go somewhere and having dog shit on your shoes was one of the most humiliating faux pas one could imagine. It inspired disgust and ridicule, which I was already fighting against due to various impediments such as crooked teeth and glasses. I’m glad that I’ve transcended at least the stepped in dog shit shame. And I have Waldo to thank for it.