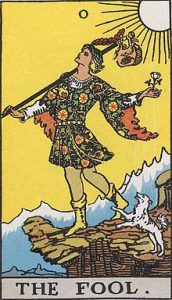 Two things are on my mind as I write this: another mass shooting in America and my oldest brother’s mental demise. There’s a connection.

When I was recently visiting my brother, who is a 78 year old retired neuropathologist, he spent most of his day in a leather recliner, watching CNN news with subtitles for the hearing impaired on a huge television screen. He suffers from an advanced stage of the hearing loss and tinnitus that I have, exacerbated by his stint in the military. He reads a lot: newspapers and the disasters therein, medical texts about brain disease, history books about wars and assassinations. He is not a happy man.

After a cherished visit with his impressive family – my sister-in-law, niece and nephew and their spouses, and two grand nieces – I came home grateful for them all but sad because my brother is so unhappy. He is afraid and angry. He has terrible anxiety about every little thing, including how the dishwasher is loaded and which prescriptions he needs to refill. And he sits in front of one global catastrophe, one manifestation of human stupidity and cruelty after another.

I was glad to get back to teaching to give me something to think about besides my brother, who when I was in fourth grade came with me to father’s night because my father couldn’t make it and who later helped me navigate a cancer diagnosis, and who now seems to have no faith in anything but disaster and his daily routine.

Coming from the same family of origin, I struggle daily to keep my head above the waves of anxiety and hopelessness that swell in our genetic make-up, not helped by the dysfunctions of our childhood environment. I’m scared that my brother is a mirror of my future as a raging and terrified elder.

And then the news of another American massacre. Maybe we all should be raging and terrified succumbing to the urge to fight or flee.

After all, the fight or flight mechanism is a part of our successful evolution. The human nervous system is wired to see and respond to threat. Anxiety was appropriate when a huge beast was charging or when something tasted bad or when one’s enemies were yelling death threats. But imagine a day when the threats come constantly in images of death and violence and messages about what will kill us if we eat it and what clothes we need to have in order to feel attractive or the tragedies that have befallen celebrities – a myriad of threats that fill our minds and trigger fight or flight to the point that we need drugs, alcohol, distractions, to give us relief. Or we go mad with fear and rage. We live through such days chronically, via our screens and earphones.

How are we supposed to feel at peace when we are implored to feel something or do something by every Facebook posting on an endless feed? What does it do to our stress level to see ceaseless news coverage about things we can’t do a damned thing about? Our fight or flight responses are on overdrive, constantly – beasts and enemies and bad tasting food times a thousand.

My brother understands the science of this and more. Always brilliant and eccentric, he basked in his life as a teacher and researcher, chairing a department in a university hospital and called on to testify as an expert witness in cases involving brain injury. A year and a half ago, he suffered a horrific medical trauma that landed him in an ICU hospital bed for over a month: a burst esophagus. Due in part to his obsessive attention to exercise and health, he survived and recovered but had to retire. For a while, he appreciated the fact that he survived and that his family’s devotion to him never wavered. But in the vacuum created by retirement, his quirkiness evolved into a blatant obsessive-compulsive disorder. Increasingly, his anxiety makes him unreachable, even hostile, to those who remain devoted to him. Family gatherings and outings are huge challenges to him and his routine. So more and more he avoids or bails on social plans, in part because of his hearing problems.

When I heard the news of the latest slaughter, I immediately thought of him sitting in his chair in front of the massive t.v. screen. I imagined him saying, “Jesus Christ Almighty! The world is going to hell.”

I don’t know how to soothe him. Neither one of us has faith that Jesus Christ Almighty is available to make things better. For him, his daily routine is a solace, until something disrupts it and he is crazed with anxiety. The routine is one of the last ideals he clings to, an illusion of control. My brother is basically a hopeless idealist, not a cynic. He truly doesn’t understand why insurance companies don’t pay their fair share of medical costs; he truly doesn’t understand why a policeman can shoot an unarmed young man sixteen times and not be indicted; he truly doesn’t understand why someone would turn an automatic weapon on people who help disabled folks. He’s a man of science, and these things are not rational. (He ran for county coroner one time because he wanted to do something about young black men dying in police custody and the lack of investigation into their deaths. The voting turn-out was meager, with the police successfully endorsing my pathologist brother’s opponent, who had no medical experience.) He is bitter, as only an idealist can be.

I want my brother to be happier. I want violence and cruelty to stop. I want people to stop saying and doing horrible things to each other.

But all I can do is turn off the screens. And try not to be a violent or cruel person or say or do horrible things to others. It’s a very, very small contribution to the world’s sanity, and I don’t always live up to the ideal. I have to work very hard to soothe my own fear and rage. To this end, I’ll be spending the next few days at an intense, no frills meditation retreat in the mountains.

Maybe I can store up enough strength and peace to get me through the next onslaught of madness. I also know that just being in the proximity of someone who exudes strength and peace is a comfort. I’d like to be such a comfort one day. It’s my old age aspiration: as my body goes downhill, I can become someone who accepts it all, enjoying fully whatever can be enjoyed, inspiring others to do the same. In this way, aging can be a process of becoming a better person than I’ve ever been, even if that means being an idealistic idiot: not up to date on the details of the latest shooting, never as smart as my brother, but maybe happier and able to connect with animals and small children.